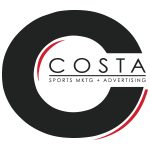 Founded in 1999 by Scott Everett, Supreme Lending has become one of the the most respected Mortgage Bankers across the Metroplex and nationwide. Supreme has secured the respect of mortgage professionals and is committed to attracting not only the most professional loan officers but also the most cutting edge loan products. Supreme Lending continues to grow by adding branches, loan officers and support staff throughout the United States. With an ever expanding branch network and expert mortgage professionals, Supreme takes pride in offering their customers a wide variety of loan products and is committed to helping them achieve their dream of homeownership.

COSTA SPORTS MKTG + ADVERTISING was contacted by Supreme Lending after securing the title sponsorship for the Celebrity AM at the AT&T Byron Nelson. Supreme wanted to make sure they had just the right spokesperson on board for the AT&T Byron Nelson and their non-profit beneficiary The Momentous Institute. CSM introduced them to Ivan “Pudge” Rodriguez who served as the ambassador for Supreme Lending at the Celeb-AM and made an appearance at the Momentous Institute to speak to the children (in both English and Spanish) about the importance of education, hard work and perseverance. After an extremely successful partnership, Supreme Lending went on to sponsor Pudge at the nationally televised American Century Celebrity Golf Championship Tournament in Lake Tahoe, where he donned Supreme Lending branding on his daily apparel.